I was eleven years old when the LA riots broke out in ’92 – littering my hometown with fires and looting, with curfews and recklessness. I happened to be at school when the mayhem began, keeping me and my classmates on lockdown until it was safe for our parents to pick us up. We didn’t fully understand what was going on, so to distract us from the soundtrack of sirens outside of our little red school house, they turned on the TV to “The Price is Right.” A smart choice, seeing as Bob Barker was just talking about microwaves and sofa sets. No real controversy there unless you happen to be offended by polyester paisley print. But during the commercial break an ad for the clear Ivory dishwashing liquid came on including a tagline that said “Women all over America are fighting greasy pots and pans.” The boys in my class (Michael & Joey to be specific) said “Yeah, that’s where women belong – in the kitchen.” I remember feeling confused – feeling angry and annoyed, knowing they were wrong – and yet knowing that I felt small – too small to say anything in that moment. When I got home, the lemon tree in my front yard charred from passing rioters, I decided to write some letters: to First Lady Hillary Clinton, to Linda Ellerbee (a TV commentator who hosted a kids news program on Nickelodeon), to powerhouse attorney Gloria Allred, and to Procter & Gamble. I put pen to paper, telling them what happened and that I thought the commercial should be changed. I didn’t realize it then, but it was on this day – this dramatic day clouded in smoke and confusion, where ashes fell like snowflakes in the Southern California sky – that I became a feminist.

Everyone responded to my letters except for Procter & Gamble. First Lady Clinton encouraged my taking a stand, Ms. Allred offered her help and commended my trying to effect change, and Linda Ellerbee sent a TV crew to feature me on her show. By the time the episode aired, and with this tremendous support, Procter & Gamble, in fact, changed the commercial to “People all over America.”

Last Saturday, I had the incredible honor of being a presenter at the United Nations Headquarters for the UN Women’s HeForShe launch event on gender equality. I spent some time last month shadowing Elizabeth Nyamayaro (Senior Advisor to Under Secretary-General & Executive Director at UN Women, Phumzile Mlambo-Ngcuka). I traveled to DC and to NY, sitting in on meetings everywhere from The Clinton Foundation to the World Bank to the War Room for the UN Secretary General, Ban Ki Moon. But it was here at the HeForShe campaign, the call to action for boys and men all over the world to support this gender solidarity movement, that I sat directly across from UN Women Global Goodwill Ambassador, Emma Watson, as she delivered an inimitable speech on feminism. 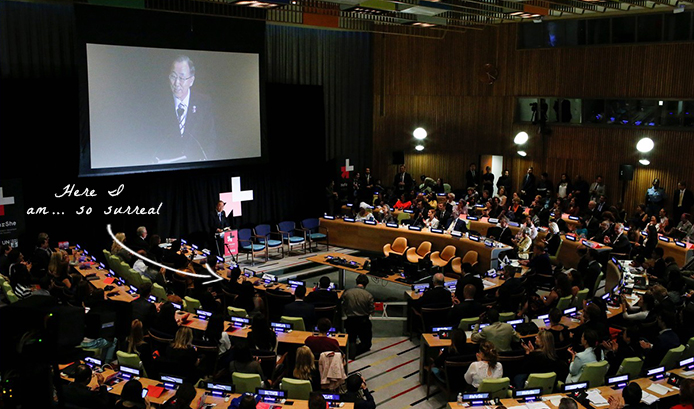 Emma, at just 24 years old, brought to the forefront the clear facts of how crippling it is for a society to have women undervalued and marginalized, and how that devastates not just the female population, but the entire population. The conversation about feminism in the past had always been a “women’s” issue, but this call to action reminds men that gender equality is everyone’s issue. The experience was surreal – seated in the inner circle with everyone from the UN Secretary General, to the first female president of Finland, Tarja Halonen, to the Executive Director of UN Women to Wolf Blitzer, Gary Barker, Kiefer Sutherland, and several other power players in this fortunate few. Plus, the palpable energy of a crowd with both men and women who believe in this cause – a crowd that understands that “feminism” is not a word that should be taboo – Feminism, in fact, is not the “F” word.

Emma said: “In my nervousness for this speech and in my moments of doubt I’ve told myself firmly—if not me, who, if not now, when. If you have similar doubts when opportunities are presented to you I hope those words might be helpful.” These simple and poignant words would have made my eleven year old self feel less small, and made my present day 33 year old self proudly rise to give a standing ovation. 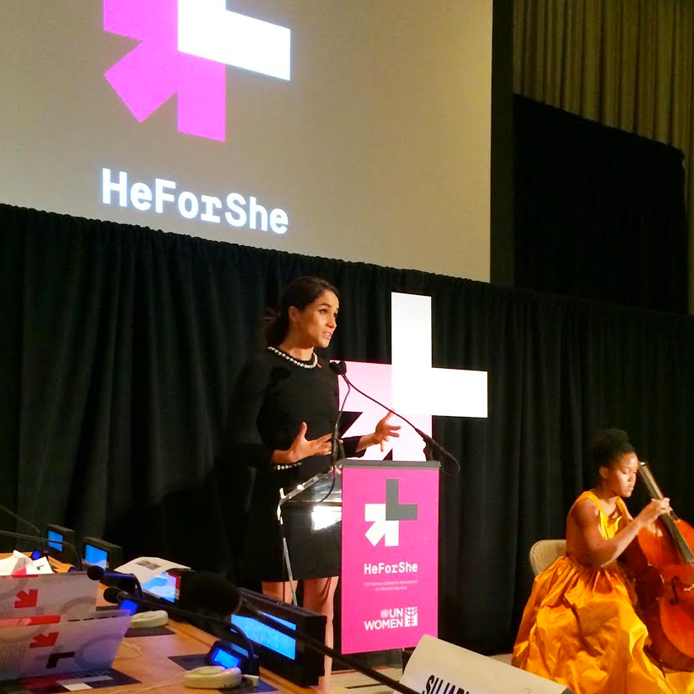 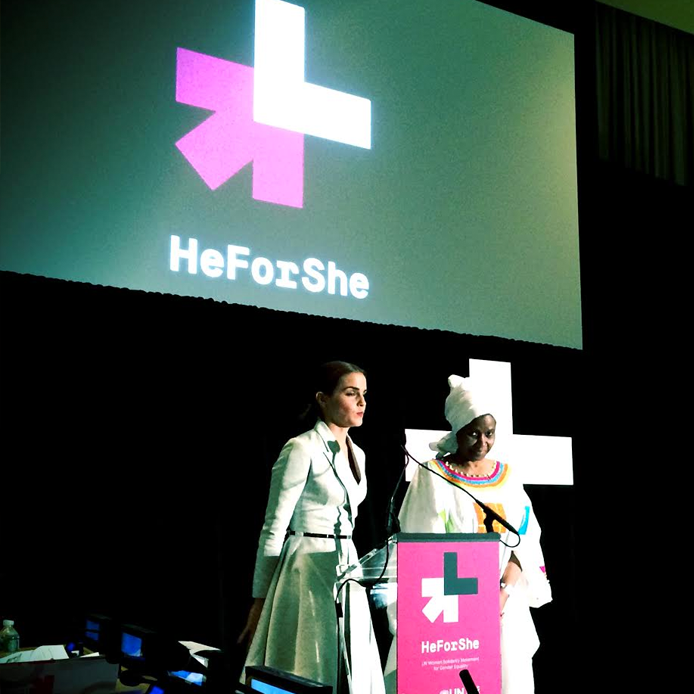 I challenge all of you to join the HeForShe movement – to stand up for the girls and women who need their voices to be heard. And to Joey and Michael, from my 6th grade class, if you happen to read this, I hope that you will sign your names to help spearhead this pivotal moment in gender equality. If not you, who? If not now, when? 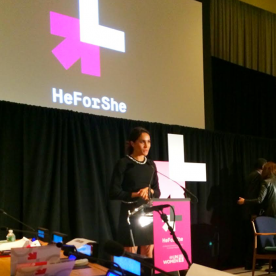 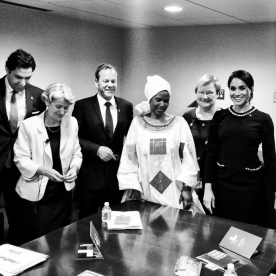 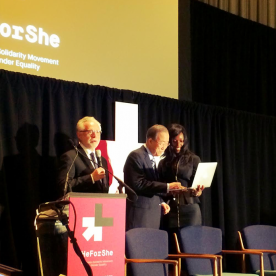 Meghanpedia: There’s a video to this post. We’ll upload it later.

Plus, the palpable energy of a crowd with both men and women who believe in this cause – a crowd that understands that “feminism” is not a word that should be taboo – feminism, in fact, is not the “F” word.