I have this ritual: after I have an audition in NY, I treat myself to a glass of wine at the restaurant down the street from my agency. The twist here is that this post-audition tipple is at the bar of Eleven Madison Park, ranked as the 4th best restaurant in the world, and consistently garnering 3 Michelin stars. This is a far cry from the post-audition snack of McDonalds apple pie I used to indulge myself with ten years ago. From the drive thru, no less. But I’ve worked hard, and I feel deserving of a glorious goblet of red hued perfection – the fact that the closest locale is one of the world’s most lauded restaurants – well, that’s just serendipity. So when I had the privilege of meeting Chef Daniel Humm at the 60th anniversary for Relais & Chateau at the French Consolate, I shared with him my ritual. His response: “But you’ve never had the food?” The tone in his voice said this would be rectified.

Fast forward to the next day: I knew the food would be exceptional. I knew it would be layered with precision, and thought, with unsurpassed technique and unparalleled service. Restaurants of this caliber have to be. What I wasn’t expecting in this multi-course adventure that Chef Humm crafted for me, was the wholly satisfying component that is often lacking from Michelin course meals: soul. A humble bowl of tomato broth with a thyme sprig transported me to eating tomato sandwiches with my grandmother – it conjured beautiful memories; it smelled like summer but warmed like autumn. Then there was the whimsy – a play on a deli meal paired with house sodas, a cheese course tucked into a picnic basket (pretzel bread and beer in tow), and a smoked fish presentation that did everything but say “tah-dah” – it was unequivocally magical. And to talk to Daniel through each of these courses – to hear about the cycling injury that kept him off his bike and propelled him into the kitchen, how he strives for excellence and balances being a dad and a chef – that was the proverbial icing on the cake (or in this case, the duck fat butter on the brioche). He shared how years ago one critic said Eleven Madison Park needed “more Miles Davis” and that instead of discouraging him, it became their ethos. So much so that pictures of Miles hang in the kitchen along with words that parallel the artist and EMP. Pictures I was able to see when I went backstage to have my dessert – an apple shaved ice – churned out a few feet from the mise en place. This place, this chef, are both absolutely surreal.

I am so humbled to have Chef Humm on Chefs Talks today – yes, because he’s at the top of his game – yes, because Eleven Madison Park serves up undoubtedly the best meal I’ve ever had, but also because this experience is a reminder that fancy need not be fussy, and that not all Michelin starred chefs are created equal. 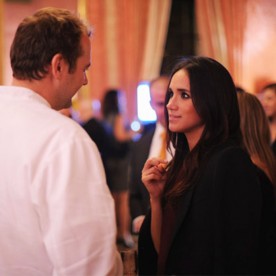 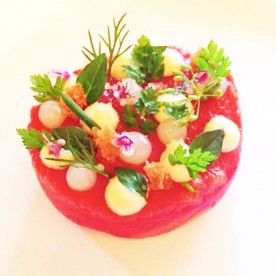 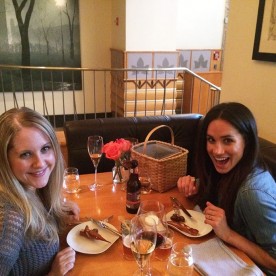 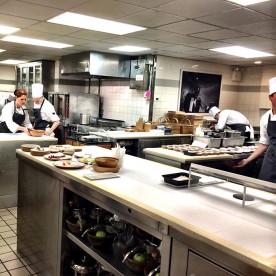 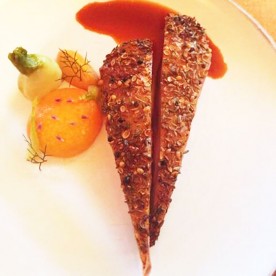 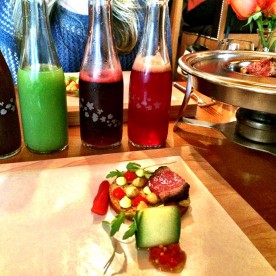 Photos via: Meghan’s Own, The New Potato, CBS