When I walked into Grand Central Station to meet Lauren Bush Lauren, I spotted her FEED bag before I spotted her. It’s from the same collection of sack bags and purses that I’ve carried to set every day for four seasons of filming Suits, toting my script and laptop, knowing that a child is fed for one year because that bag was purchased. And there in front of a little cafe, is that same bag, hanging on the shoulder of FEED founder, Lauren Bush Lauren. She’s as unassuming as you would ever imagine – shy, even. With a quiet confidence and intelligence tucked under a very earth mama vibe. Think no makeup, broad smile, and that soothing energy that you find in most yoga instructors as they guide you through your sun salutations. She is undoubtedly Miss FEED. And how refreshing to find her to be as unaffected as they come – a surprise given that she’s a Bush after all, as well as now being part of the Lauren family – a double header of Americana royalty where you would expect her to move through the world with a certain bravado. Nope, just a girl and her FEED bag.

And you wouldn’t know any of that – nor would you know she received her Bachelors from Princeton (smart cookie) and that she was named one of Fortune Magazine’s Most Powerful Women Entrepreneurs in 2009 and one of Inc. Magazine’s 30 Under 30 in 2010. And if all of that wasn’t fawn worthy enough, in 2014, Lauren was named as one of Forbes’ 30 Under 30 Social Entrepreneurs and one of Crain’s 40 Under 40, oh and she was a model for Tommy Hilfiger, and had graced countless covers. Plus, she’s just so nice. Which in most cases seems like a dull word choice, but I gotta be honest and say that word encapsulates what Lauren is all about – “nice” like the characters in books who have bake sales and help the kid who’s being bullied. If life were an Archie comic book, she would be Betty. As good hearted, real, and kind as they come. What a pleasure to have today’s TIG talk with a woman whose humanitarian efforts are truly an inspiration. 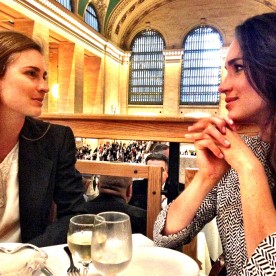 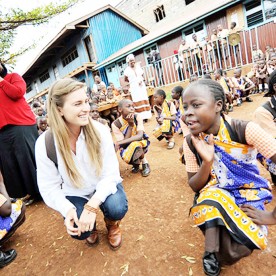 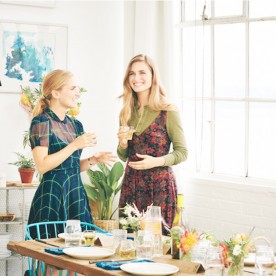 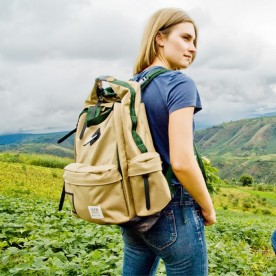 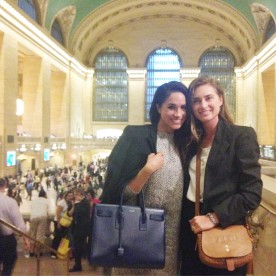