Last year I had the good fortune of meeting the lovely Dianna Agron on one of those magical New York nights where all worlds collide, and acquaintances become friends, and strangers become buddies. We drank ginger cocktails, and laughed til the bar shut us down, and then (and here’s the kicker, the part that never seems to happen in this Hollywood world meets real world life of ours), we stayed in touch. Along with our mutual friend, Jess Stam, and my surrogate big sister Celine, Dianna and I have broken bread (sandwiched around a big old beef patty at Minetta Tavern), traded stories of boys, of work, and of life. She is as refreshing as it comes – equal parts charm and salt of the earth kindness, layered with a smile that (well you’ve seen it) could melt a few hearts a day. I’ve never seen Glee, with its rabid following and musically driven episodes, but I’ve seen Dianna. And if I could break into song about her as an homage to the lovely lady that she is….well, I certainly would. Dianna just wrapped a film with Jason Sudekis, Rebecca Hall and Blythe Danner called “Tumbledown,” and is set to begin filming a new project that is so hush hush we can’t tell you about it until it’s announced. She took some time out of her busy schedule to Talk TIG with me. 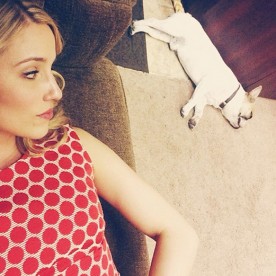 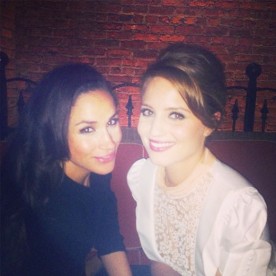 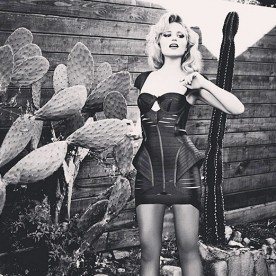