Sometime’s a girl’s gotta go uptown. Far uptown to the likes of Harlem, where the living is good, the food is soulful, and the streets are woven with character and history galore. Leave it to our go-to design guru, Ms. Nicole Gibbons, who has called Harlem home for over a decade. This is her neck of the woods, and from the best bites to the shops you absolutely must explore, we trust our champion of chic to point us in the right direction. Thanks Nicole!

I moved to New York right after graduating from Northwestern and my brother was living in Harlem at the time, so living near him was a no-brainer. I also loved the idea of being in a neighborhood that was rapidly up-and-coming. Twelve years later after a wave of gentrification, it’s safe to say Harlem has transformed from what was once perceived as a scary and unsafe place to becoming one of Manhattan’s coolest neighborhoods. There is so much history and culture, incredible architecture, a booming real estate market and some of the the city’s best restaurants. I’m so excited to highlight a few of my favorite places around my hood! 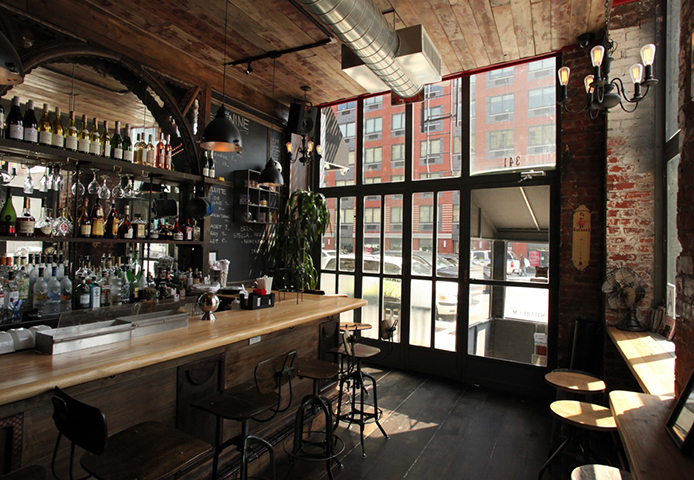 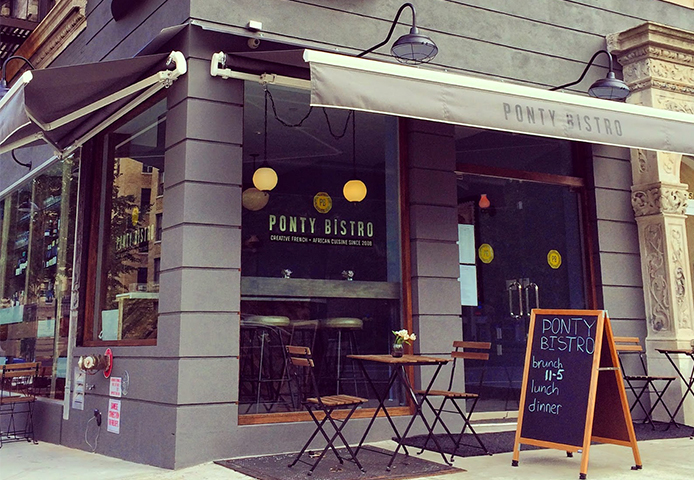 Maison Harlem – Offering casual french fare in an intimate bistro setting, Maison Harlem is my go-to neighborhood spot. Whether I’m there for breakfast, lunch, weekend brunch or dinner, the food and service is consistently excellent. Try their classic coq au vin for dinner or their french toast for brunch – my two faves on the menu!

Ponty Bistro – A new, airy uptown restaurant with lovely decor and a French-African inspired menu. It’s a great spot for brunch and I’m a big fan of their french toast, kale salad with apricots and banana-nutella crepes!

Harlem Shake – A classic burger joint with an old-school vibe (not to mention an awesome name), Harlem Shake features delicious burgers, fries, milkshakes and good times. There’s a jukebox that plays all the old hits, plus a wall of fame donning autographed headshots of all the celebs who have stopped by. Everyone from P. Diddy, Janet Jackson and Jimmy Fallon to Al Roker, Bill Clinton and the late Maya Angelou have dined here. It’s also one of the only places in New York where you can get my favorite ginger ale called Vernors which hails from my hometown of Detroit . 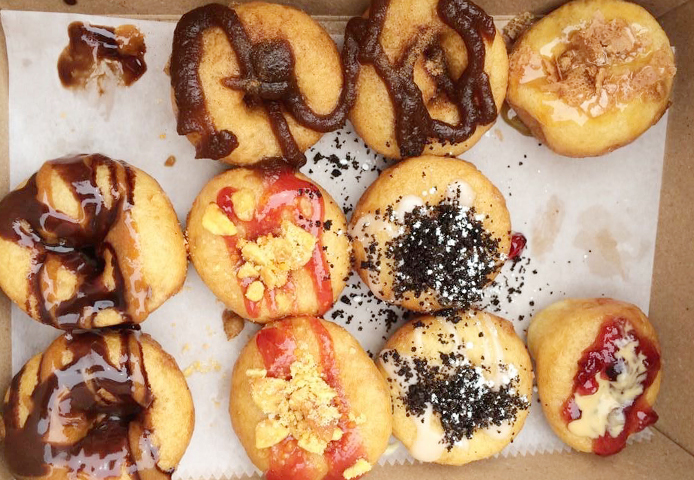 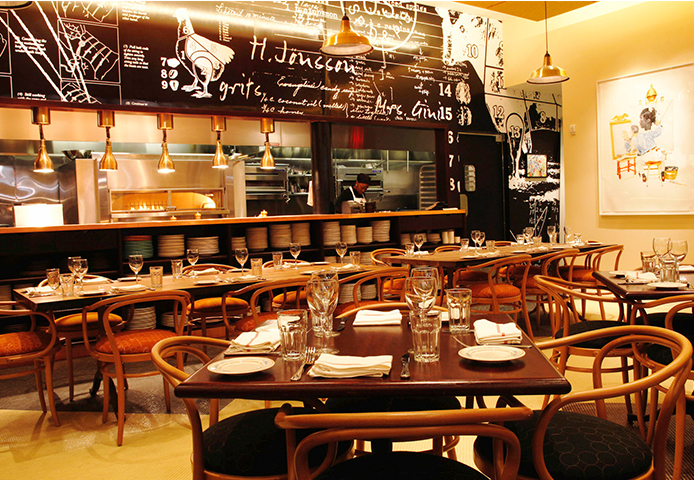 Carvin’s Mini Donuts – Harlem’s newly minted cult favorite is devoted to miniature versions the latest sweets trend – the donut! Carvin’s Mini Donuts are fried to order and once they’re hot and ready, you can choose from your favorite selection of toppings. They’re delicious and totally addicting!

Lenox Coffee – The ambiance at Lenox Coffee very social. It’s a great place for coffee and conversation and they regularly host events including live music and poetry readings. At night they serve wine and are open much later than most other coffee shops in the neighborhood.

Red Rooster Harlem* – A contemporary take on Southern soul food from one of The Tig’s fav chefs, Marcus Samuelsson, Red Rooster Harlem has earned itself a spot in the dining big leagues of NYC. You can also head downstairs to the lesser-known Ginny’s Supper Club, which was inspired by the Harlem speakeasies of the roaring twenties and offers fabulous food, nostalgic cocktails, and live music. 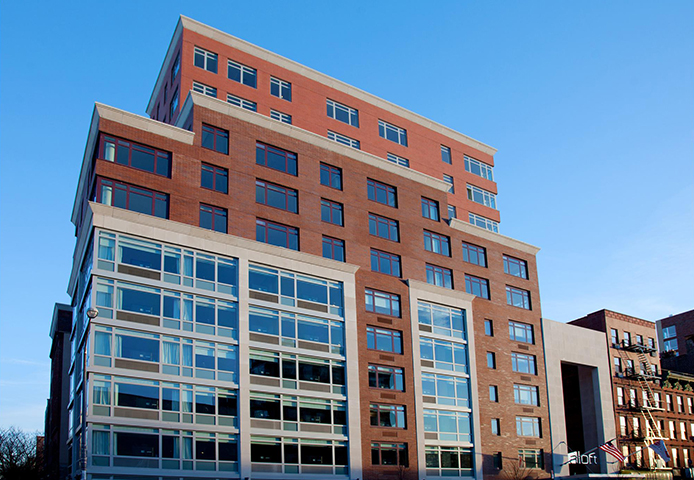 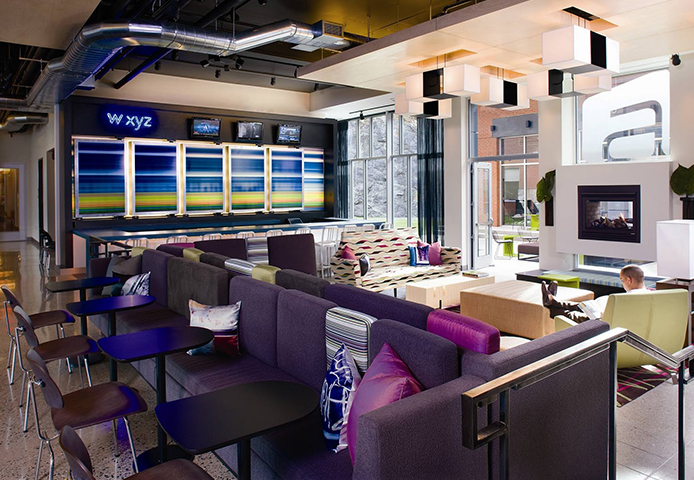 Aloft Harlem* – Owned by the same company that runs the W Hotels, Aloft caters towards the younger traveler on a smaller budget. But that doesn’t mean that its cool factor gets downplayed—in fact, it’s quite the contrary. The Aloft is a smart boutique hotel that’s positioned in one of NYC’s most up-and-coming neighborhoods and the swankiest place to stay in the neighborhood. 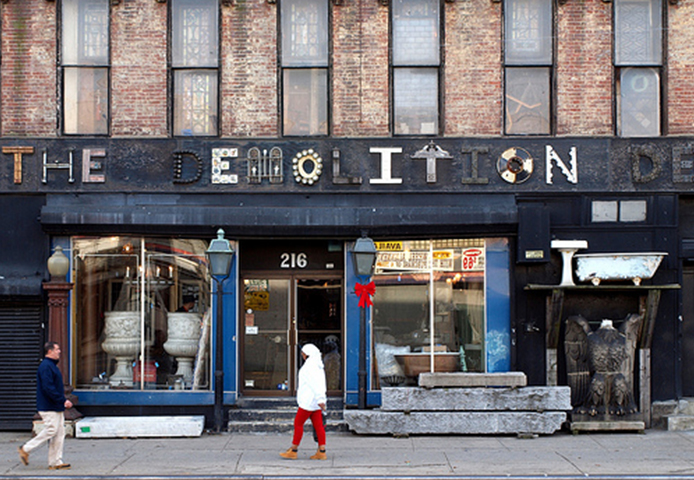 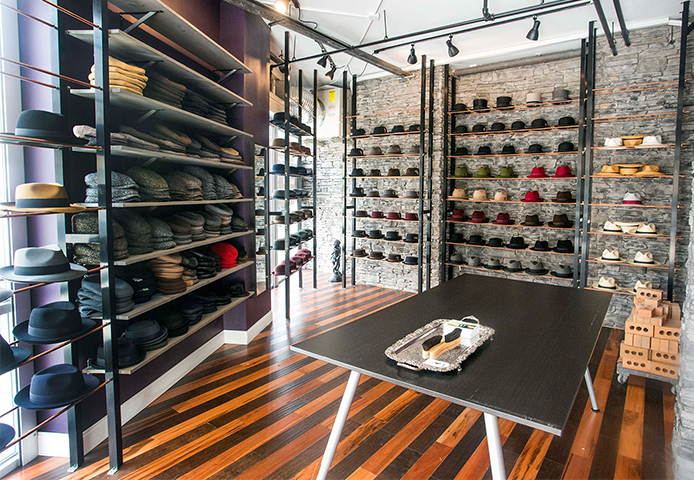 Sugar Hill Market – A pop-up neighborhood flea market with a “Harlem hipster” vibe, Sugar Hill Market happens every two weeks at a new location and features local vendors selling everything from vintage finds and handmade clothing to homemade foods and other lifestyle goods. My favorite vendors are Berisqu featuring hand made women’s clothing with prints from the founder’s native Ghana, No. 125 which makes fashion-forward Harlem-themed apparel, and Chez Diarra, which produces a line of artisanal, vegan, and sugar-free sauces.

Flame Keeper’s Hat Club – This modern men’s hat shop and haberdashery features a selection of stunning hats, caps and accessories that look great on women too! You can find everything from classic fedora’s and wide brimmed wool hats capped with a feather to the classic Panama hat which is my summertime staple.

Demolition Depot – If you’re a lover of design like me then you’ll appreciate Demolition Depot. Known as the quirky building on E. 125th street with the clawfoot bathtub on the facade, this place has a wide selection of incredible antiques and arthitectural salvage. if you’re renovating an old brownstone and are looking for the perfect 18th century firplace mantle or an amazing antique crystal chandelier, this is your place!

La Marqueta – While I mostly stay local to West Harlem where I live, a visit to La Marqueta in East Harlem is worth the trip. It’s a year round farmer’s market selling everything from produce and baked goods to handmade wares, urban garden essentials and more. Their most famous vendor is Hot Bread Kitchen which sells freshly baked breads and pastries as well as coffee and a light menu. 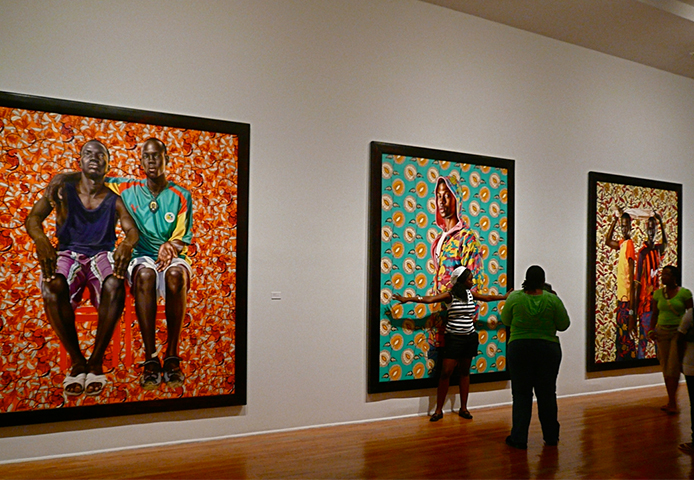 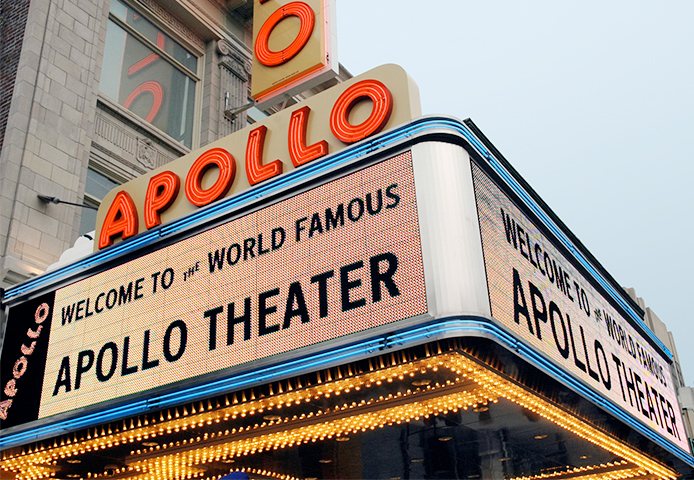 The Studio Museum Harlem – For a dose of culture, a visit to the Studio Museum Harlem is a must. The museum that first opened in 1968 champions the work of artists of African descent. Many major contemporary artists such as Chris Ofili, Kehende Wiley and Mickalene Thomas have had their careers catapulted by the visibility of early exhibitions of their work at the Studio Museum. And on Sundays, entry to the museum is free thanks to Target, a long time supporter and sponsor.

The Apollo Theater* – Probably the most famous of all venues in Harlem, The Apollo opened in 1913 and has had many a legend perform on its stage—from Ella Fitzgerald to Billie Holiday. And this venerable theater still measures up to the best performance venues in town so make sure to check and see who’s performing while you’re in town—particularly on their Amateur Night.

Harlem has transformed from what was once perceived as a scary and unsafe place to becoming one of Manhattan’s coolest neighborhoods.