The pearl of the Danube, Budapest, is without question one of the most visually stunning cities you’ll ever visit; its range of neo-gothic architecture, over 80 thermal hot springs, photo worthy Hungarian Parliament and Buda Castle, plus its distinct cultural quarters and rich history deservedly categorize it as a World Heritage Site. This time last year, I found myself shooting a film there, and calling Budapest home for about a month. My castmate and friend, Gregg Sulkin, in tow, we ventured throughout the city to find the hidden gems & classic standbys of this Hungarian treasure. And while year round, you’re bound to find the beauty in Buda and Pest (yes, once two different cities separated by the Danube river), there is something magical about winter there. That extra fairy dust, that glittering snow that flecks every holiday market, the smell of warm soups and mulled wine all amidst a snow globe-esque backdrop. Here are out findings for your next trip to Budapest: 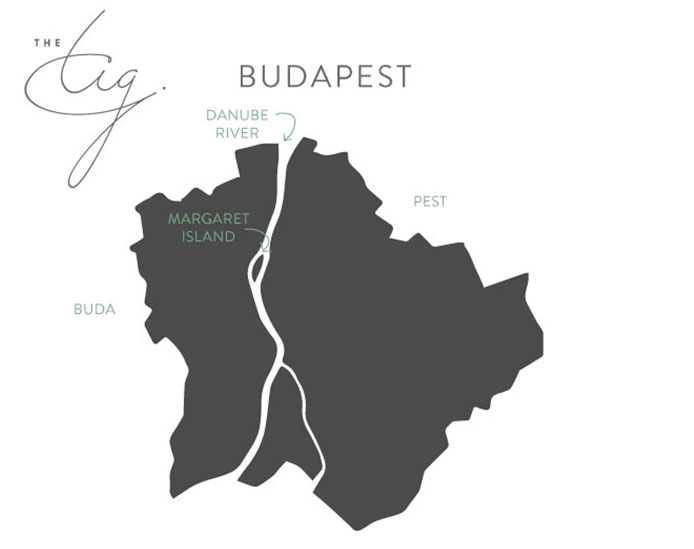 As a cast, we all stayed in a small hotel that functioned as a base camp, but if I were to do Budapest again, Brody House would be high on my list. A boutique property where every room has well curated attention to detail that makes you feel like you’re home – if your home was styled by Elle Decor. It’s modern and vintage blend meet artsy vibe have put this hotel well on my radar for a next visit. Hello, Print Suite! 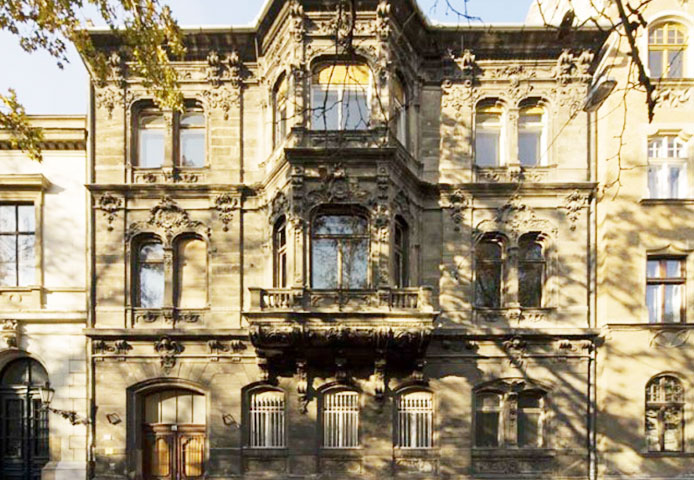 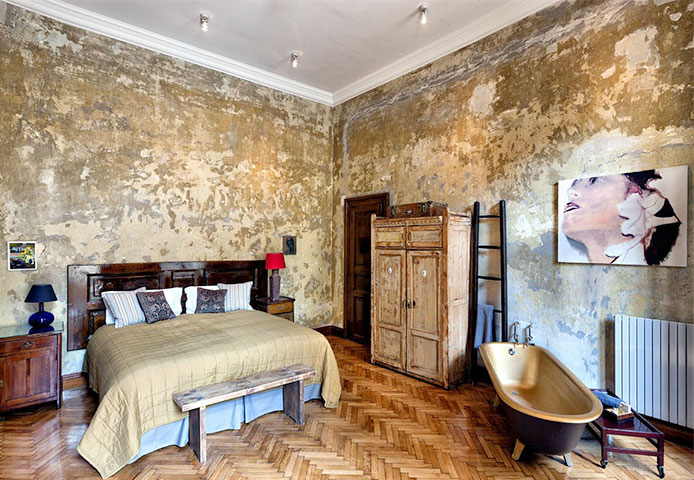 Dohany Street Synagogue is the largest working synagogue in Europe and the second largest in the world – it’s breathtaking and so rich in history that regardless of your religion, I truly believe it’s a place you must visit. It’s nestled in The Jewish Quarter, which is also a great place to explore – tuck into one of our personal favs when you’re craving a break from the goulash and dumplings, and pop into Hummus Bar. There are several in the city, and Gregg will attest that this became our sustenance. Their chicken soup with lemon is a cold busting cure-all; something you will likely not be susceptible to, but we were doing nightshoots outside. Brrr…. 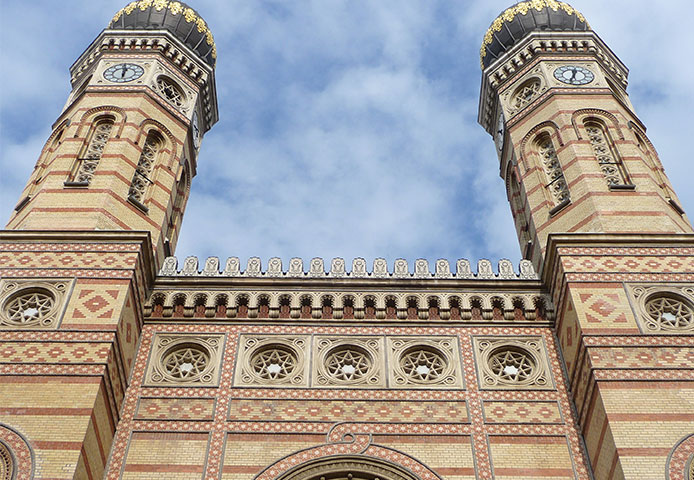 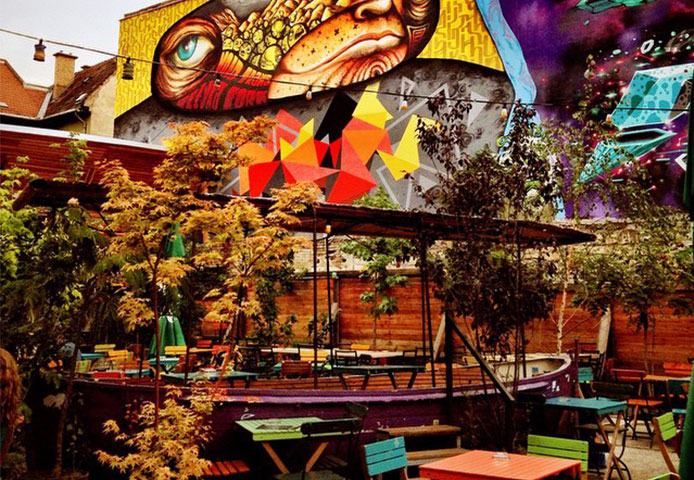 Then there’s the beautiful boulevard of Andrassy Ut – think Champs Elysse by way of Hungary – with all of the finest shops, including my personal favorite, Il Bacio di Stile, where you can grab a nibble downstairs with a glass of bubbles and venture through the Bergdorfs meets Barneys playground of fashion finds. Without question, it’s one of the most beautiful and well curated shops I’ve ever been to. 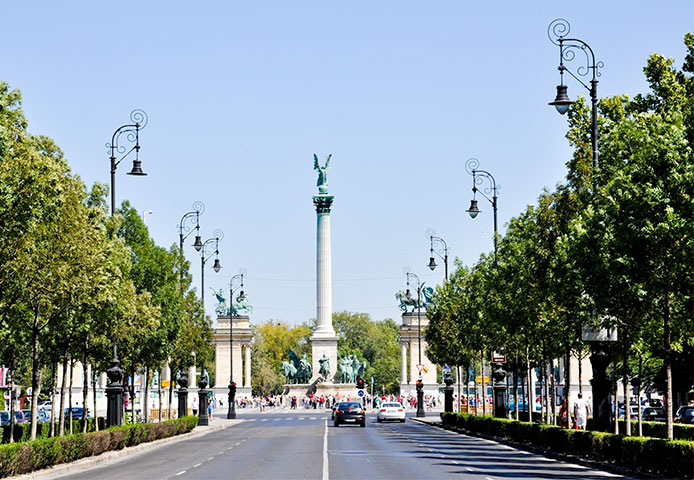 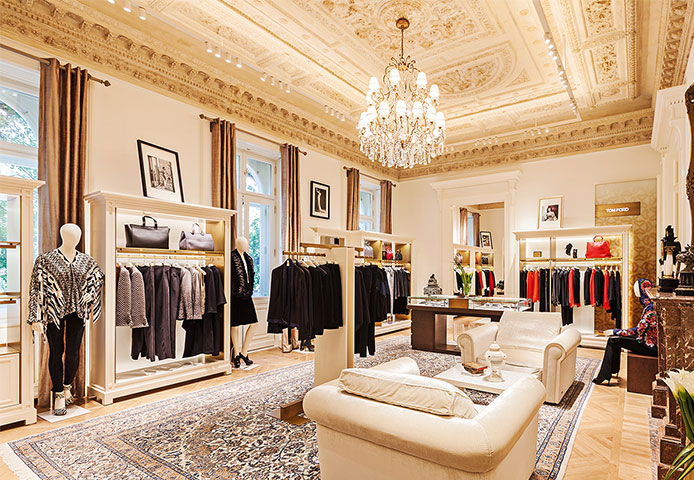 A couple times I week, I ventured to Bikram Yoga to endure a 90 minute hot yoga class taught entirely in Hungarian (don’t worry, you’ll just follow along); morning runs along the Danube are pretty awesome as well, traversing the Chain Bridge or Margaret Bridge and looping down to Margaret Island which rests in the middle of the river and has a great running track woven through gorgeous park grounds. 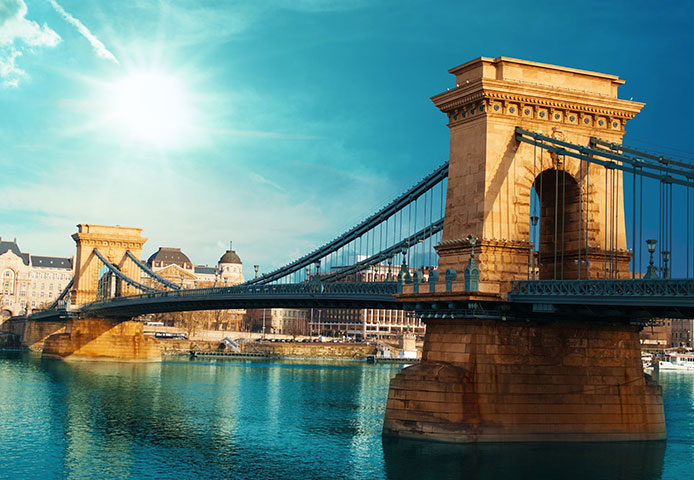 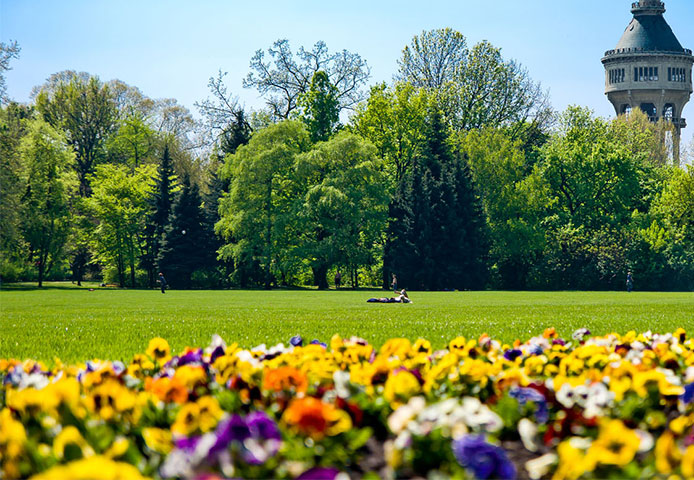 Yes, there are Michelin star restaurants here too, including Onyx, which is delicious, but hole in the wall spots prove equally satisfying: Prime was a solid option for steak and excellent wines (especially Hungarian wines, which proved to be incredibly impressive), and Le Bar is incredible for healthy vegan options (with a juice bar tucked inside as well). Speaking of wine, Faust Wine Cellar, down a winding hotel staircase on the Buda side of the city, was a great way to spend an afternoon. The terroir of Hungary is so varied that the dense and fullness of the reds remind me of Croatian Plavic Malis, while the whites are as varied and crisp as some New Zealand sauv blancs. The husband and wife team who run Faust will guide you through an affordable and satisfying tasting. Worth a visit! 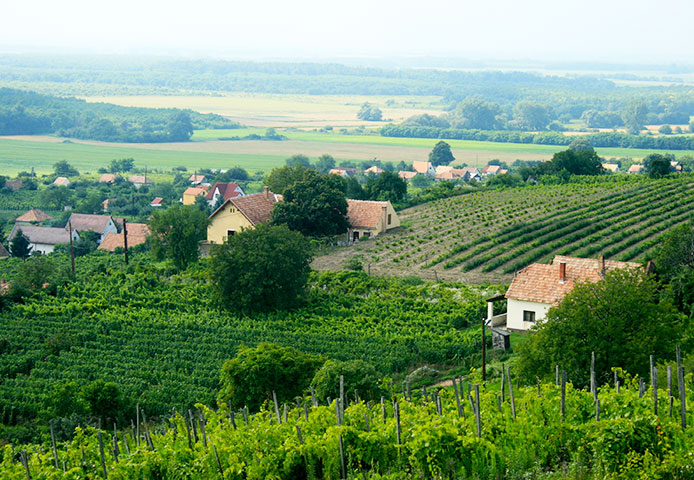 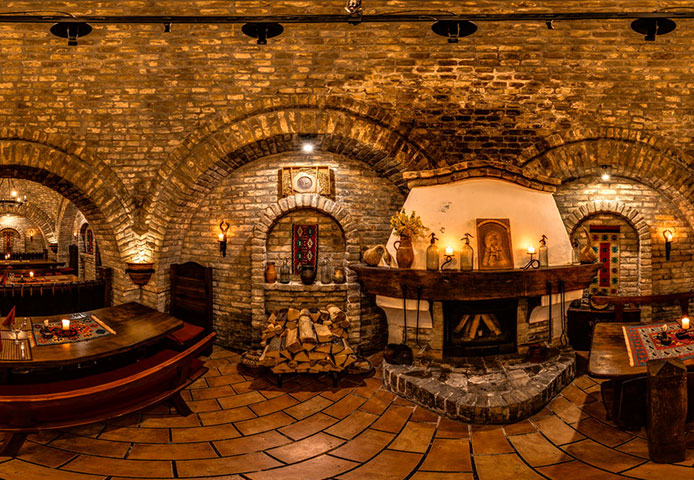 While you’re there, take in the view at the nearby castle, and then grab a classic Hungarian pastry at one of the oldest cafes in Budapest, Ruszwurm. The strudels and cream puffs are legendary at this classic establishment. 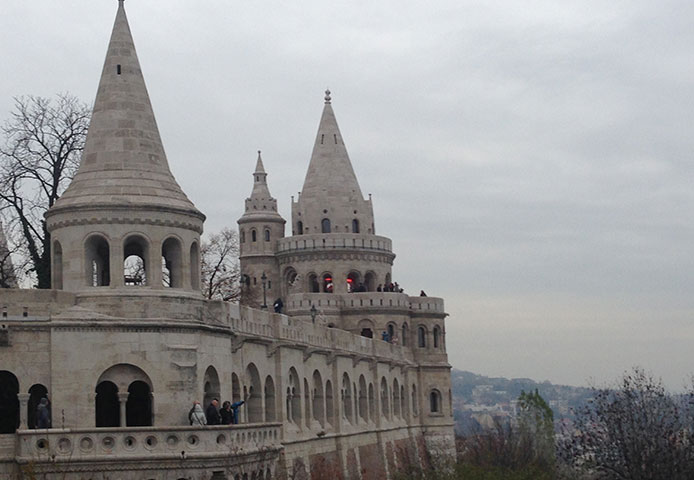 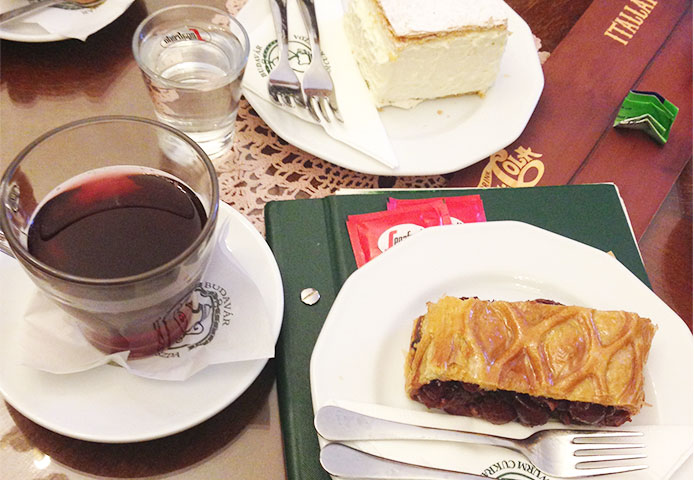 And the spas – when in Hungary, you must spa. Our Hungarian friend Zoltar said the animals at the Budapest Zoo were always happy because they bathed in thermal springs. I don’t think he was joking. The most famous in town are the Széchenyi Thermal Bath & Gellert Spas – both large, with ornate paintings, and medicinal spa treatments in addition to the opulent baths. But if you want a truly unforgettable experience, head to Kiraly, Rudas, or Veli Bej Spa – all of which were created during the Ottoman rule and have been in Budapest since the 15th-16th century. As authentic as it comes! 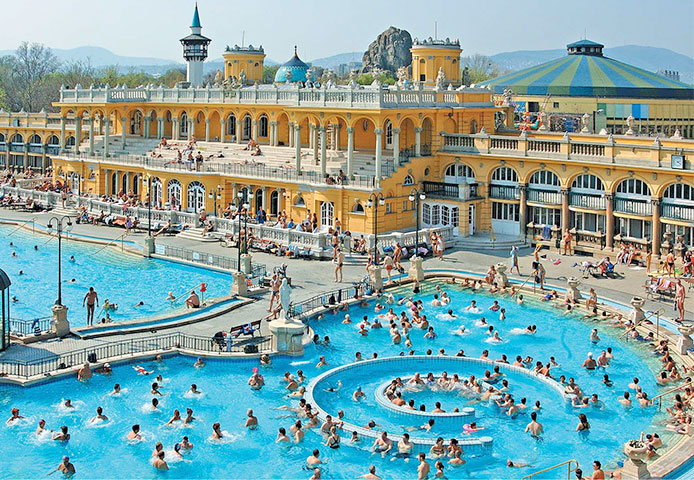 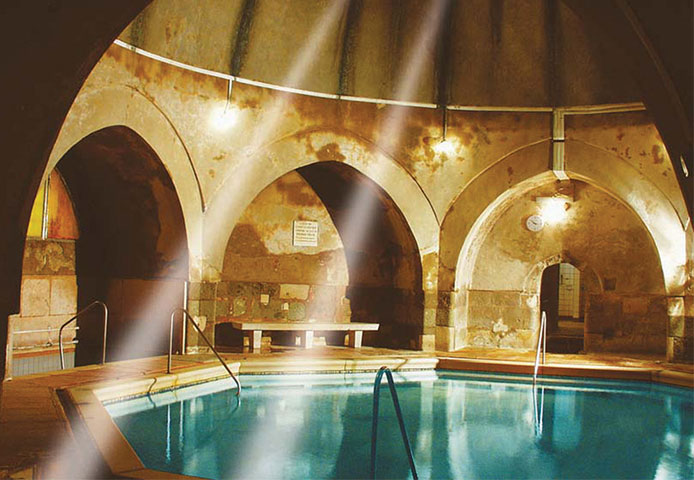 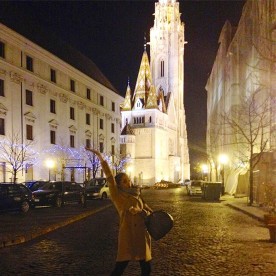 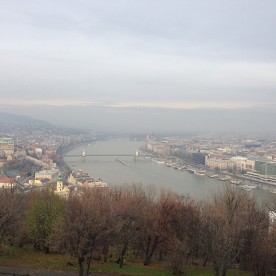 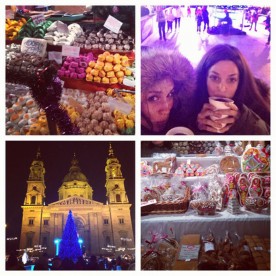 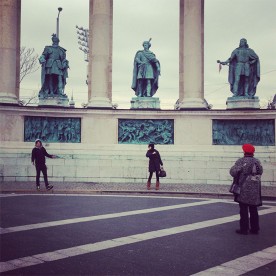 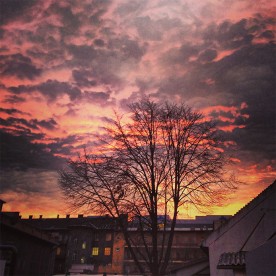 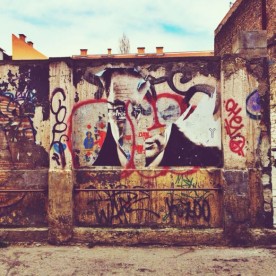 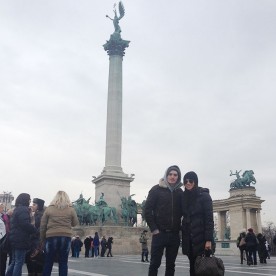