When Serena Williams barrelled in my direction this past February at an event, nails done, hair done, everything did, I’ll be honest and say I looked behind me to see who she was running to. It was Serena Williams, after all . Serena-numberonetennisplayerintheworld-Williams. Whose match I had watched with bated breath at the previous Open, giggling with delight to be that close to her legendary serve. Turns out this fancy lady was coming to me. We hit it off immediately, taking pictures, laughing through the flag football game we were both playing in, and chatting not about tennis or acting, but about all the good old fashioned girly stuff. So began our friendship. She quickly became a confidante I would text when I was traveling, the friend I would rally around for her tennis matches, and the down to earth chick I was able to grab lunch with just a couple weeks ago in Toronto. We are both the same age, have a penchant for hot sauces and adore fashion, but what connects us more than those things is perhaps our belief in exceeding expectations – our endless ambition. Serena is undoubtedly one of the best tennis players the world has ever seen. With a record breaking 29 Grand Slam titles and several Olympic gold medals to her legacy, the fabulous Ms. Williams does a TIG Talk with me today. Now the only question remains: will she accept her nomination to do the ALS Ice Bucket Challenge? Do it, girl! 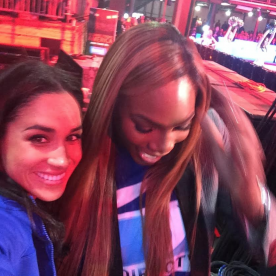 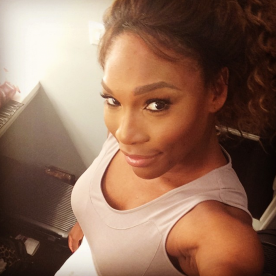 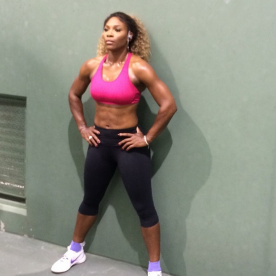 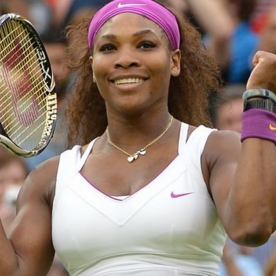 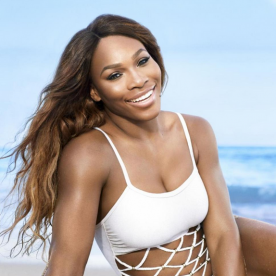 Meghanpedia: The hero image source was not found in the web archives.

We are both the same age, love hot sauce, and adore fashion, but what connects us more than those things is perhaps our shared level of ambitiousness.