Hôtel Costes and Cafe Deux Magots were a certifiable “whose who” of the fashion set this past week. Yes, because the tunes are cool and the café is magnifique – but mostly because Paris Fashion Week was in full effect, drawing in the fashion elite like bees to honey. While all the collections were strikingly ladylike in their designs, there were two very different approaches: one soft & fluid (as with Chloé and Valentino) and the other laced with a bold sexiness à la Miu Miu and Mugler – the latter riddled with standout pieces that would make Rihanna proud.

Karl Lagerfeld trumpeted his take on modern dressing by leading a fashion riot at Chanel -models marching down the runway in his take on Tess McGill’s Working Girl wardrobe while holding tongue-in-cheek (or shall we say, tongue-in-chic) picket signs that read, “Make Fashion, Not War!” and “Tweed not Tweet!” But it was their clothing, not their signs, that commandeered the eyes of the global fashion set. This was power dressing at its finest: feminine, but not overly saccharine, silhouettes in look-at-me bold hues and loose cuts – as in, “I can eat that sandwich and have room to breathe.” And this kind of dressing -girly yet powerful – transcended nearly every Parisian runway—from Stella McCartney to Miu Miu to the sex kittens at Saint Laurent. McCartney’s collection emphasized a sense of ease—clothes with fluidity and gracefulness—pieces that are subtly sexy (no body-con minis here, and can we all just take a moment and communally say thank you for that?). Echoing that vibe was Pheobe Philo’s Celine—modern, slouchy separates that were striking in their femininity – floral prints and wistful silhouettes that reflected a modernized Thumbelina. 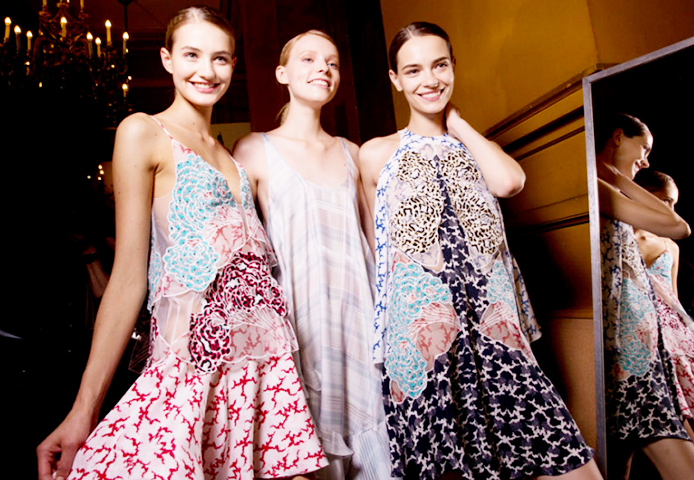 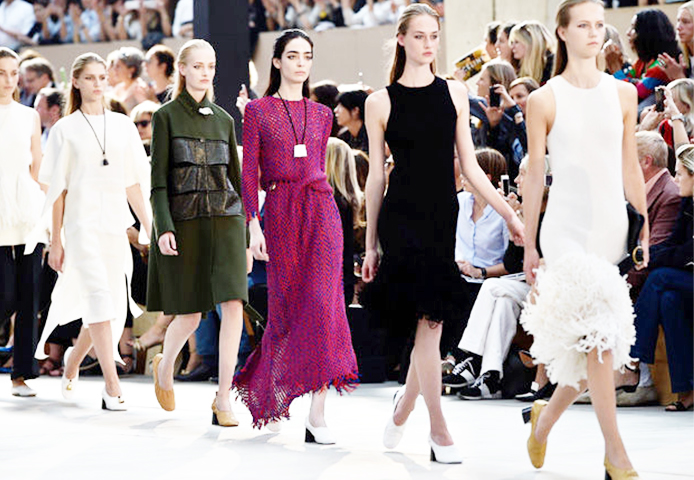 And for those of you with a green thumb, the garden party aesthetic was in full effect with flowers absolutely everywhere. While it might seem a little bit cliché to see florals for the spring, the botanical patterns celebrated a quintessential femininity more than the season, itself. There were paisley throwback florals at Valentino, styled with gladiator sandals, and exerting a cool strength when combined with beautiful mini dresses & red carpet worthy gowns. The same can be said for Alexander McQueen—contemporary, digitally designed flowers were printed onto sleek, powerful, head turning looks – a soft surprise for the usually darkly romantic brand. And I know I led with the flirty sex appeal of Miu Miu’s SS15 collection, but the always innovative Miuccia Prada turned florals up a notch channeling the sauciness of Maggie Gyllenhaal in “Secretary.” That is if Ms. Gyllenhaal had a ruffled bra top peeking through those pencil skirts in the David Spader classic. And then there was Saint Laurent, a brand revered for its sexy, rock-n-roll-inspired garb, who sashayed their models down the runway in an eclectic mix of prints (florals, snakeskin, camo) and uber-short, sequined minis. With the likes of Zoe Kravitz and Lou Doillon in the front row, you know who’s going to be donning Saint Laurent in the very near future (most likely while on stage with a mic in hand). 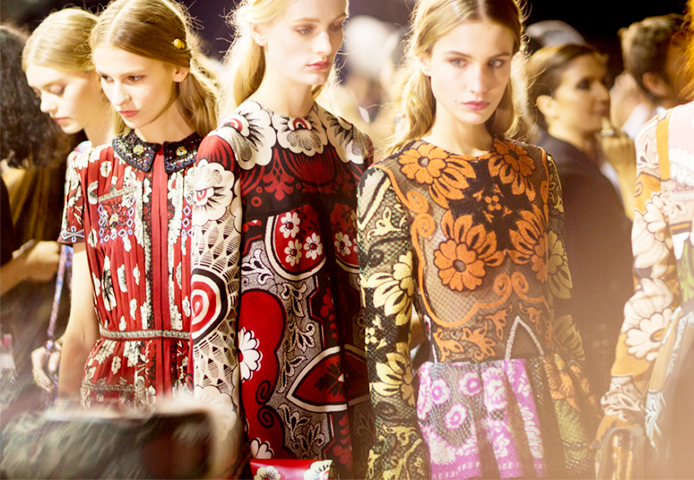 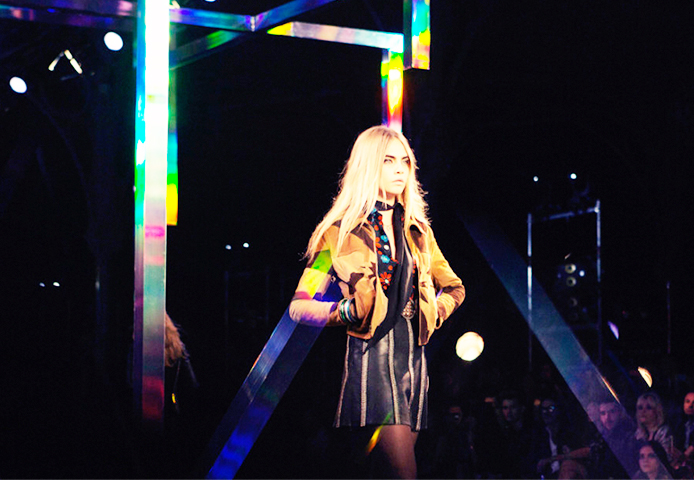 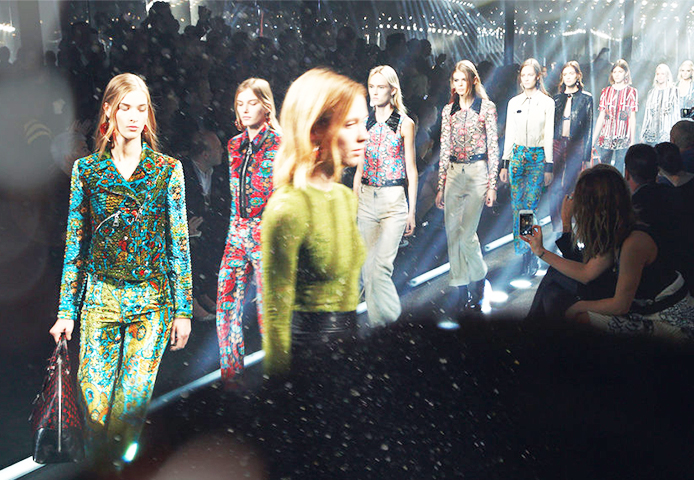 If the resounding theme of Paris fashion week was wearability – of beautiful pieces of art that are as covetable as they are comfortable- then Nicolas Ghesquière’s Louis Vuitton takes the cake. Now in his third season, Ghesquière has solidified his vision for the iconic brand, embracing uniquely precious pieces that translate from the runway to the work day. Merci Paris – for the inspiration, the satisfaction, and the longing to make every day feel a touch more ooh-la-la.