Yeah, sure, kale, we know. From salads to popsicles to Beyonce’s T-shirt, kale has seemingly taken over. And I’m bored with it. Or at least I thought I was. Then I had a taste of this flavor-filled iteration of our roughage regular from my new gal pal, Anastasia, and my faith in said kale was restored. I saw the culinary light. Anastasia Koutsioukis and her hubby, Ahmet, took their style x restaurant background and opened Mandolin in Miami – a taverna that is as transportive to the Mediterranean as a flight itself. Nick Jones of Soho House was so goo-goo-ga-ga over the concept (and the kefta kebabs) that he had them open an outpost in Soho Beach House in Miami, followed by the recently opened Soho House Istanbul. And I get why – this dynamic duo has a taste level (both for flavor and, well…flava) that make their concept and dishes irresistible. Let’s call them arbiters of cool, who can take the ordinary to extraordinary with simple ingredients turned up a notch. Such is the case with this recipe they’re sharing with The Tig – let’s just say that this is not your mama’s kale salad. Unless your mama is Mrs. Mandolin, in which case, you lucky duck, you. Thanks guys! 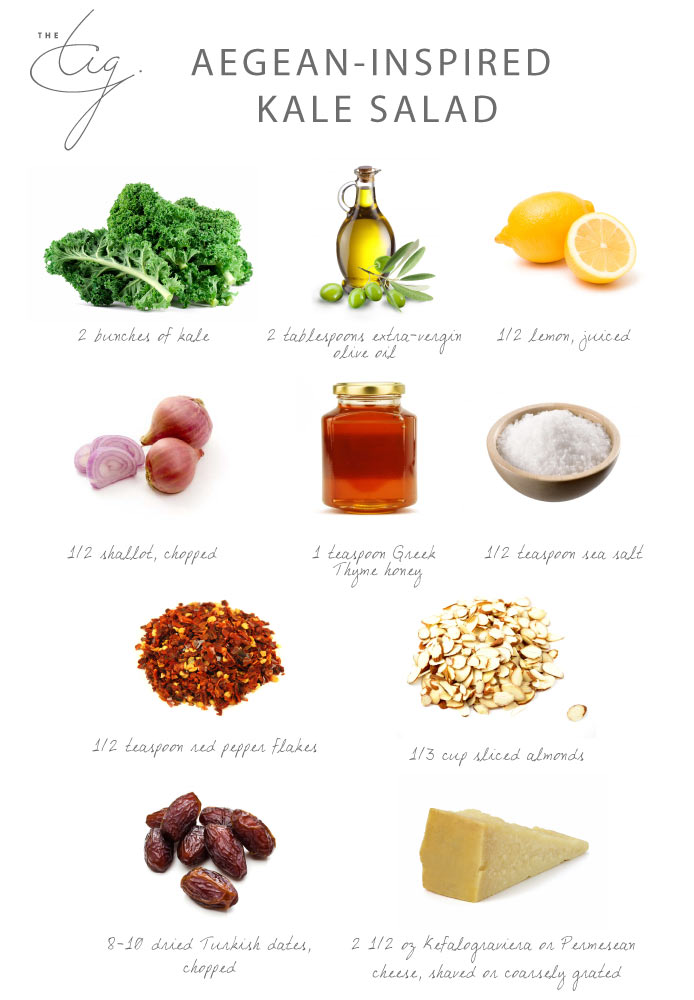